The Paradise of Bass Strait 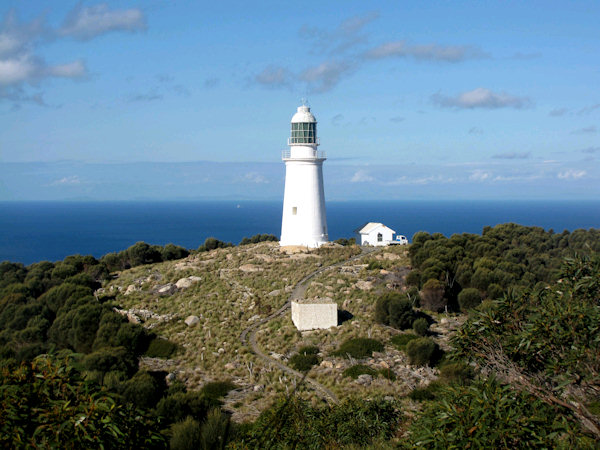 A little bit of history

The Kent group of islands was noted and named by Matthew Flinders as he sailed south from Sydney Cove in 1798 to assist in the recovery of materials from the shipwreck Sydney Cove. Later that same year, Matthew Flinders and George Bass sailed south to the Kent Group, and then west to begin the circumnavigation of Van Diemen’s Land, now known as Tasmania. The three major islands were named Deal, Erith and Dover, supposedly after the three ports in the County of Kent in England.

Matthew Flinders noticed the abundance of seals on the islands and his report back to the Governor at Sydney Cove initiated the oil and fur seal industry for the new colony, which bought the Australian fur seal almost to the point of total extinction. In 1838, Captain Lort Stokes on the famous Beagle almost came to grief on the rocks of Deal Island and, on his return to Hobart, recommended a lighthouse be built on Deal Island.

The Governor of Van Diemen’s Land, John Franklin, approached the Governor of New South Wales and it was agreed that if New South Wales funded the proposal, Van Diemen’s Land would build the lighthouse. Construction of the lighthouse commenced in 1846 and was completed by 1848. For 144 years, the light provided guidance to ships negotiating the treacherous Bass Strait, known as “threading the needle.” During this period the lighthouse utilised oil burning lanterns before 1992, when the light was decommissioned and replaced with solar-powered lights on the outer islands. This change also ended the stewardship of lighthouse keepers who, for more than a century, had maintained the light that provided safe passage through this remote location. A few years later the lighthouse and light station were handed over to the Tasmanian Government and the group of islands were gazetted as the Kent Group National Park in 2001.

To provide a presence on the islands, the managers of the national park, the Tasmanian Parks and Wildlife Service, initiated a volunteer caretaker program where volunteers would spend three months at a time providing a presence and performing maintenance tasks.

In 2007, the Friends of Deal Island Wildcare Inc (FoDI) was formed to work in partnership with the Parks and Wildlife Service to preserve, protect and enhance the natural and cultural values of Deal Island as well as the historically significant Deal Island lighthouse and light station. Over the past ten years, FoDI has raised approximately $300,000, all of which has been spent on the restoration and preservation of this historic site. Twice a year, eight volunteer members of FoDI fly with Sharp Airlines to Flinders Island, collect their food supplies from the local supermarket and butcher, then board a charter boat for the four to six-hour trip to Deal Island (weather permitting). For two weeks, each group works on restoring buildings, eradicating introduced weed species, managing erosion control and maintaining the equipment supplied on the island. FoDI have also supplied replacement water tanks and beds, a fridge, freezer and gas stove for the visitor’s house.

The superintendent’s house, now officially the Kent Group museum, is being restored and filled with historic information regarding the lighthouse keepers, shipwrecks and plane crashes and provides a valuable insight for visitors to the island. Visitors come by varied means including yachts, motor craft, kayak adventurers crossing Bass Strait along with a variety of intrepid watercraft.

Many visitors take advantage of the walks on the island. The walk up to the lighthouse is particularly challenging, situated 1,000 feet above sea level, it has a reputation as the highest located lighthouse in the southern hemisphere. The seas around the islands are marine reserves with no-take zones. However, on the eastern side of Deal there is a limited catch area. The waters are pristine with amazing views from the headlands, three beautiful sandy beaches and spectacular cliffs.

The historic lighthouse is in desperate need of repair and FoDI continues to apply for funding to support the restoration. The history of these islands and their surrounds is extraordinary and we cannot ignore the need to maintain these examples of our maritime past.

If you are crossing Bass Strait near the Kent Group, call into Deal Island and say hello to the volunteer caretakers; maybe join them for a BBQ at the Jetty in East Cove, spend time in the museum or walk the many trails on the island.

Back to News Section